Raw Power. Real Magic. Primordial. Nearly Forgotten… The path of true Babylonian magic is a spiritual dedication to the Sumerian Anunnaki, a path once seemingly inaccessible—beyond our reach and understanding. Get ready… Because for this first time in thousands of years… The “New Age” path of Mesopotamian Neopaganism is in reach and ready to be understood! 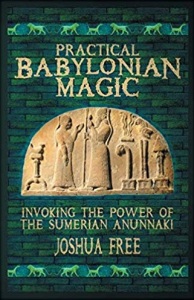 Rediscover the most ancient magical system on earth within the Mardukite Year-3 cycle, secretly recorded on cuneiform tablets thousands of years ago in Mesopotamia! PRACTICAL BABYLONIAN MAGIC by Joshua Free includes revised and rewritten materials from “Magan Magic–the Enuma Elish,” “The Complete Book of Marduk by Nabu,” “The Maqlu Ritual Book” and “Enochian Magic & the Kabbalah” all in one volume! Esoteric hardcover collector’s edition also available as Joshua Free’s NECRONOMICON-THE ANUNNAKI GRIMOIRE, or in the newly revised NECRONOMICON: ANUNNAKI SPELLBOOK (POCKET EDITION) that abridges materials specifically from “The Complete Book of Marduk by Nabu,” and “The Maqlu Ritual Book.”

The most ancient pure streams of mystical practice differ greatly from those more “Western” approaches popularly revived in modern “New Age” and metaphysical movements. Occult revivals tend to emphasize a focus only on elements that can be superimposed onto existing forms of modern magical practice or the esoteric obsession with obscure and popular “grimoires” that yield their best results in the form of self-delusion and thought-forms born from mental masturbation. Commonly, the seventh tablet of the Enuma Eliš—“Fifty Names of Marduk”—(Mardukite Tablet-F) is revived in exclusion to the remaining lore, isolated as a modern “spellbook” or short-cut variety to tapping the total power of the greater “Mardukite” Mesopotamian legacy.

Several modern occult “writers” have demonstrated that the “Grimoire of Fifty Names” may be successfully employed by operators for strictly ceremonial magic forms of “spellcraft”—much like the more famous derivatives of the same: such as the Goetia or Keys of Solomon, which for all intents and purposes are rooted in a “Judeo-Christian” paradigm, and are not authentic “pagan” texts. Any real universal power exercised from the Fifty Names is activated by the preceding six tablets, demonstrating an older and more “priestly” methodology than what is traditionally prescribed in modern occult reconstructions. As a spiritual prerequisite, the six preceding tablets directly correlate to the first six gates that bring the seeker to the footsteps of Marduk for initiation and the opportunity to observe him as “Patron of Babylon” and King of the Anunnaki gods.

Since the modern inception of Mardukite tradition, a main tenet of the paradigm is repeatedly professed—the spiritual and magical abilities are not ends in themselves, but rather results from a true and faithful “Self-Honest” relationship with Anunnaki beings and the cosmic wisdom they definitely guard.

Invoking the “Incantation of Marduk”—or “Incantation of Eridu,” as it is also called, is among the most prominent and widely revived aspects of the ancient Babylonian (Mardukite) tradition. But be aware that doing so strengthens a spiritual connectivity between the practitioner and this specific ancient, raw, and powerful alignment to the Anunnaki. Magic of this tradition is a “holy magic,” originally reserved to a select group that maintained “higher” understandings of the universe and mythic symbols used to represent this knowledge. It definitively invokes powers of the Anunnaki by “birth-right,” calling on the ancient “covenant” alleged to be “sworn between the gods and man.”

The authentic ancient concepts defined by the ancient “Mardukite” ideal in Babylon is revived today in spirit of work produced by the Mardukite Chamberlains (Mardukite Research Organization)—a group of specific individuals seeking to free humanity from the spiritual and intellectual slavery that keeps us from the Truth, and as a result has kept many of us from a true Self-Honest spiritual evolution. Yes, we are “chamberlains” and stewards of an ancient mystery tradition, but we serve the cause “on commitment” and in dedication to the “Highest,” not as some arbitrarily observed idol-worship in the name of Marduk—which is a commonly made mistake by outsiders and purely academic archaeologists. What’s more—at its most abstract and fundamental level: modern Mardukites seek to prepare the “House of Marduk” and “Temple of Heaven-Earth” as one-to-one with the Self, the Earth and the Cosmos—All-as-One! 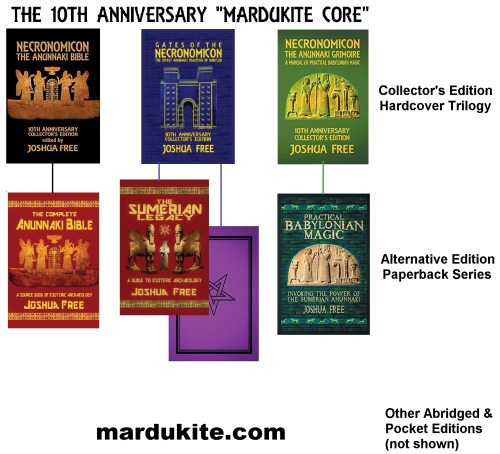 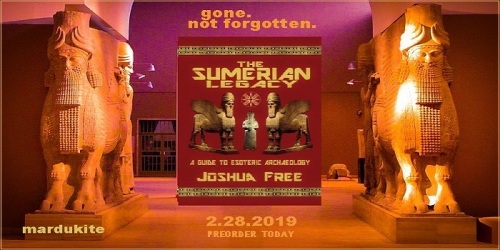