“The industrious and raw expansive power of Jupiter is placed at the height of most ‘Olympian’ pantheons (Zeus or similar).“
—The Book of Marduk by Nabu
edited by Joshua Free

The word-name “Jupiter” comes from the Romans: Dys Pater (Latin), meaning “Father-God.” This energetic current commands outright worldly success as and the magic of spirits: command of the “spiritual” hierarchy of astral spirits. 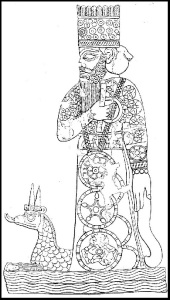 MARDUK with the Dragon of Babylon, SIRRUS

Anunnaki Elder Gods originally attributed this position to ENLIL in Sumer. I, NABU personally heralded my father, MARDUK, into Enlilship of the “younger pantheon” of Anunnaki observed in Babylon. Our “Mardukite” tradition there, and in Egypt, was wholly based on his centralized leadership.

MARDUK is exalted as the Master of Magicians, carrying the mysteries of my grandfather, ENKI, to Babylon, and bestowing the traditions upon me to relay. The original designation of the Jupiter position in the pantheon is 50, the number attributed by Enlilite Sumerians to ENLIL and later to MARDUK for Babylonian Religion (who previously held the designation of 10). 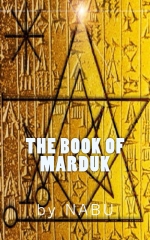 Invoke my father, MARDUK, for his strength and power, as well as to petition the Elder Gods. The color of the “Mardukite” current is purple, but also airy and fiery colors (yellow, orange, black).

This energy is preferred by many leaders and law enforcing folk, lending to those who are pure to receive it, the power to command the material world…

“Marduk was proclaimed King of the Gods, replacing Enlil, and the other gods were required to pledge allegiance to him and to come to reside in Babylon where their activities could be easily supervised. This usurpation of Enlilship was accompanied by an extensive Babylonian effort to forge the ancient texts. The most important texts were rewritten and altered so as to make Marduk appear as the Lord of the Heavens, the Creator…”
–Zecharia Sitchin, The Twelfth Planet, 1976

The name MARDUK is actually a modernization taken from the Semitic “meri-dug” [Merodach]. The oldest version of a similar spelling AMAR.UTU [a.mar-utu.ki = “light of the sun on earth”] often translated by contemporaries as “solar calf” or “son of the sun” : gives some background to Marduk’s esteem.

As explained by Joshua Free in SUMERIAN RELIGION:

Being the foremost son of ENKI, he gained power quickly. The Semitic name “Maerdechai” that came from the Chaldeo-Babylonian [silik-mul.u-khi] name meaning “Marduk is God.” The more common MAR.DUG means “son of the pure mound,” and is thought to be connected to the pyramids in not only Mesopotamia, but in Egypt, where he raised himself as the leader of a third party of gods – the Egyptian Pantheon – as “Amon-Ra” (again identifying himself with the “solar” current). 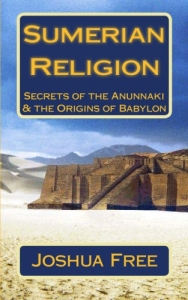 Other articles of interest may be found at NECROGATE.COM
And be sure to follow the Mardukite Blog!!

BOOK OF MARDUK BY NABU
Pocket Anunnaki Devotional Companion
by Joshua Free
2010 — Year-2 Liber W
THIRD EDITION
A contemporary ‘tablet collection’ that paved the way for intensive research and experimentation. It reveals the inner-circle methods used by the ‘Order of Nabu’ to acquire direct communication with ‘alien intelligences’, reviving the same process the priests of the Anunnaki in Mesopotamia.

SUMERIAN RELIGION
Secrets of the Anunnaki
by Joshua Free
2010 — Year-2 Liber-50
The most critically acclaimed bestselling materials from the Mardukite Research Organization – now available from the underground – revealing amazing insights into the Anunnaki, credited with kickstarting humanity according to Sumerian & Babylonian writings.

SUMERIAN TRADITION
Secrets of the Anunnaki
by Joshua Free
2011 — Year-2 Liber-51/52
The journey continues into the heart of Mesopotamian Mysteries — just as relevant and critical today as thousands of years ago! Now you can uncover the mysteries lay hidden in ancient Sumer and the greatest kept secrets of Babylon!