The modern legacy of the MARDUKITE movement surpassed all the original expectations held by those involved at its inception. No one could be certain what the future would hold when JOSHUA FREE decided to publicly launch ‘Mardukite Ministries‘ coinciding with the release of ARCANUM (Liber-A) and BOOK OF ELVEN-FAERIE (Liber-D) at the 2008 Summer Solstice with the First National Mardukite Convocation taking place in the original Offices maintained in Greenwood Village, Colorado until late 2009.

Initial work by a covert underground ‘Mardukite Research Organization‘ (Liber-A and Liber-D) paved foundations for later developments. Two years went toward founding the MARDUKITES directly. From late-summer 2008 through late-summer 2009 (designated officially as the “Year-1” period), an intensive cycle of work establishing a satisfactory ‘core‘ for the revival interest of the Babylonian-specific “Mardukite” tradition.

A large quantity of colleague contacts and productive peers were either pulled into the ranks or encouraged to collaborate with exhaustive volunteer efforts. This cycle included the now infamous Necronomicon of Joshua Free (Liber N), in addition to its companion pieces: Necronomicon Liturgy & Lore (Liber L), Necronomicon Gatekeepers Grimoire (Liber G) and the originally untitled Necronomicon Shadows (Liber 9) – all of which later appeared in the Mardukite Year-1 Anthology: THE NECRONOMICOM ANUNNAKI BIBLE.

After making his first tour of the Pacific Northwest in late 2009, JOSHUA FREE replanted the Offices in Castle Rock, Colorado several months later — in the foothills of the Rocky Mountains. For nearly two years the ‘Mardukite Research Organization‘ remained headquartered from that location for the Year-2 and Year-3 cycles of R&D, materials for the Year-2 Anthology, GATES OF THE NECRONOMICON, culminates together Sumerian Religion (Liber 50), Necronomicon Revelations (Liber R) and Babylonian Myth & Magic (Liber 51, now revised as Sumerian Tradition). 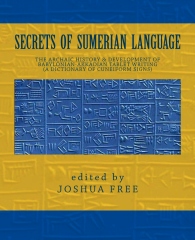 The bulk of supplemental Year-3 work and the Year-4 cycle were formed and compiled into anthologies during the first half of 2012, when the West Coast publicity and research tour required JOSHUA FREE to relocate to San Francisco, California on December 31, 2011, the ‘Mardukite Home Office‘ was no more, now operating underground as the ‘West Coast Satellite Office‘ in 2012 and most of 2013. JOSHUA FREE repeatedly traveled between SF, San Jose and the O.C. during this period — including a surprise appearance at BURNING MAN 2012 — guest of Canadian Mystic and Sumeriologist, SIMON METKE.

JOSHUA FREE edited the first two years of Mardukite work together — Necronomicon Anunnaki Bible and Gates of the Necronomicon — into a prestigious 826-page volume: NECRONOMICON : ANUNNaAKI LEGACY (Silver Edition). Given the positive receipt of the edition, the third and fourth years materials were brought together in the NECRONOMICON GNOSIS : ANUNNAKI LEGACY (Gold Edition).

Attention and fanship of publications produced by Mardukite Truth Seeker Press continues to build momentum and numbers all around the world (and now, the local Solar System) as those with the human condition (and other metahuman, transhuman or ubermensch varieties) are awakening to the self-honest truth of their existence, where they came from and ultimately, where they are going.

AUGUST 2015 marked the inception of the most recent development from the ‘Mardukite Research Organization‘
— V : THE VAMPYRE ACADEMY, and its core materials prepared for publication by JOSHUA FREE, the MOROI BOOK OF V : A VAMPYRES BIBLE, introducing futurist Moroi CyberVamps to the public counter-culture scene. This venture (“Projekt Nacht”) is still active and in session for 2016.

In this new millennium of uncertainty it is likely that the unveiling of the past will reveal our future… and let us band together to engineer the best one imaginable!

JOSHUA FREE is most famous for the inception of the modern “Mardukite” movement with the release of “Arcanum” on the Summer Solstice (June) 2008 after having already been received into the library and self-made traditions of hundreds and even thousands of mystical, metaphysical and “new age” practitioners since the mid-1990’s, writing under the name of “Merlyn Stone” for such popular publications as “The Sorcerer’s Handbook” (now available in the revised and expanded complete edition: “Wizardry”). His more recent work for the “Mardukite Research Organization” quickly reached thousands and continues to grow and expand, now including a revolutionary “NexGen” philosophical methodology called “Systemology”. 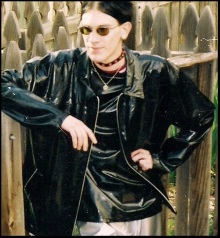 In addition to the standard literary work and developmental research that comes with the territory, JOSHUA FREE has also made frequent public/social and media/networking appearances for interviews, private meetings and public broadcasts — both audio/radio and video/television. For inclusion in an upcoming companion to the materials, the typecast transcript from several of these interviews was prepared and released on the parented site: http://nabuspeaks.wordpress.com.

CURRENT NEWS:
Since the 2008 public return of JOSHUA FREE on the scene and the inception founded in the Colorado Rocky Mountains (after a migration from the midwest), he has also made extensive and prolonged trips to the Pacific Northwest (Washington & Oregon) in 2009 and temporarily resided on the California Coast (San Francisco & Orange County) from New Years Day 2012 through the 2013 summer. After taking a short recess for Autumn 2013 in the Bahama Region, he has taken up his travels again westward, spending time in the Rocky Mountains while remaining officially a resident of California, where he continues to visit regularly for innumerable reasons. His 2014 itinerary has tentatively included not only the West Coast but also a thru-hike of the Appalachian Trail from Georgia to Maine and a possible selection in permanent residence thereafter in an undisclosed location, theoretically ending an epic nomadic streak that has stretched from an expected few weeks into nearly half of a decade. At any given moment he may be found rereading a volume from the Hunger Games epic or some other dystopian fantasy, cavorting with local street punks and/or demonstrating some life-depending exercise in extremism or survivalism, whether rural or urban.