MARDUKITE NECRONOMICON — “Real” ANUNNAKI BIBLE is Origins of Everything! Even Judeo-Christian Scriptures! 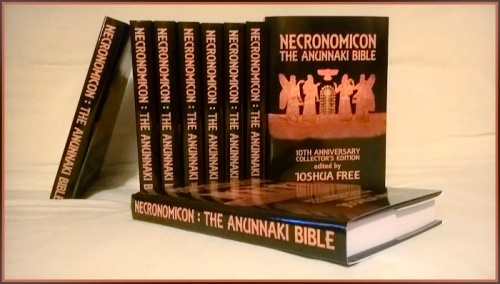 Many have long wondered the truth—and it is available to us as clear today as it was thousands and thousands of years ago—impressed on ancient clay tablets… the first true writings at the inception of modern human civilization—some of which extend back to the time of the first societies, the first cities, the first systems, the first…well… everything. And while humanity has had a turbulent history ever since, what has suffered the most in all of this time is precisely the retention, understanding and basic ability to know the truth about the origins of everything. How things came to be what they are today is not as important as a return to the source and rediscovery of the original knowledge—the truth as it was laid out before the convolution of further systems and cultural fragmentation.

Where does one turn for answers?
And are there answers for us?

Sometimes the desire to “know” is not tempered with wisdom and discernment. We have all seen the types that have allowed the pursuit of esoteric knowledge to drive them “crazy”—so vastly interrupting and impeding any sense of “normalcy” that they either fall by the wayside or worse, become forever lost to a personal roller-coaster ride—closed tracked and cyclic, providing perpetual stimulation and the illusion of movement… but what true enlightenment? Where is the ascension if the movement is not perpetually upward—unfolding laden potentials that are not restricted to just what we can conceive of today. We begin to allow ourselves the freedom to achieve these states of higher awareness by acquiring and maintaining “true knowledge” as we process our experience of reality and what is possible.

Fortunately, for the past decade, a group called the “Mardukite Chamberlains” (or “Mardukite Research Organization”) has refined a collection of the most ancient writings on the planet, presented as an amazing source book of renderings drawn from ancient Mesopotamia—the land of Sumerians, Akkadians, Assyrians, Babylonians, Chaldeans—and its treasure trove of clay cuneiform tablets, completely translated, beautifully presented and accessible for all to see! What’s more, this amazing book—NECRONOMICON: THE ANUNNAKI BIBLE edited by Joshua Free—has been carefully arranged and developed by those who actually take these matters seriously, not simply an academic interest or scholarly career. The etheric, astral and intellectual gateways that these materials unlock is far beyond what the written word can even express, and must instead be experienced first hand. Will you join us in knowing?

One response to “MARDUKITE NECRONOMICON — “Real” ANUNNAKI BIBLE is Origins of Everything! Even Judeo-Christian Scriptures!”