While the efforts of “Mardukite Zuism” have become public over the past year, many are unaware that origins of this brand of “Mesopotamian Neopaganism” were first presented officially in 2009, embedded within various works by Joshua Free. Even this vision, along with the premise for “NexGen Systemology” were all presented quite blatantly to those within his inner circle, starting in 2008. In fact, if one were to investigate some of the more advanced applications and suggestions for the “Crystal Dawn” presented in the 1990’s while still writing as “Merlyn Stone” (and contained within the appendix of the most recent edition of The Sorcerer’s Handbook), one will eventually realize that this was the planned direction of things all along… and now realized in 2020 as the result of a quarter-of-a-century underground journey culminated by this 25th Silver Anniversary of the Joshua Free’s public presentations and underground involvement.

As with any tradition, system, methodology or brand of new age NewSpeak, the “Mardukites” and its “Systemology” has come up against its share of scrutiny, biased reviews and blatant attacks over the past 12 years–and we have survived, working now–right this moment–to secure a permanent foundation for the organization and headquarters only 11 miles southwest of our existing Mardukite Babylon Ancient Astronomy Primitive Reserch Center and Preserve. More new on this is expected to unfold very soon and progressively through the next several years.

It is important for us to make note of this, because those who are otherwise unfamiliar with our work may simply be googling or looking at news articles, which at the time of writing this blog are all focused around the events and politics surrounding “Icelandic Zuism” and the “Zuist Church of Iceland” of which we, as the Church of Mardukite Zuism, have no official ties with–in fact there have been no communications at all between the two groups. Perhaps the only thing that associates the two together is that they are bother referred to as “Zuism” or “Zuist” traditions and emphasize an interest in Mesopotamian Neopaganism; although, as we would expect, the Icelandic Zuists are essentially a neo-Sumerian interpretation of a potential modern Anunnaki religion in contrast to our Mardukite Babylonian one. In either case, there is much evidence to suggest that the Icelandic Zuist tradition does not have much longer to go as an official organization–its leadership already usurped once and most of its focus on the national “tax” laws regarding religion in Iceland. Most of the information to be found outside of “Mardukite Zuism” including popular pdfs on “Zuist Doctrines” &tc. are actually not issued by the Zuist Churches and instead have been developed by independent practitioners that work to support their own denominations of “Zuism.” 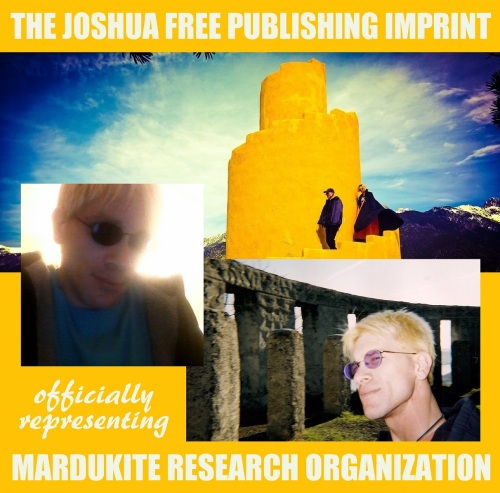 Discover the basics in the two authorized PDFs available free on this website ::HERE::

When we look back through the contents of the Mardukite Esoteric Library by Joshua Free, it is easy to find early traces of real substance on which the latest developments of “Mardukite Zuism” and Systemology have all stemmed from… some dating back to the original writings collected for the Mardukite Research Organization (Mardukite Chamberlains) in 2009 and which appeared in the introductory material for the original Anunnaki Bible by Joshua Free, particularly as found in the anthology known as “NECRONOMICON: THE ANUNNAKI BIBLE” or “THE COMPLETE ANUNNAKI BIBLE” published by the Joshua Free Imprint.

This was most recently added to the 900+ page hardcover Master Edition anthology titled “NECRONOMICON: THE COMPLETE ANUNNAKI LEGACY.”

Everyone thinks they pretty much have a handle of what’s going on in existence and the topic of the Necronomicon is certainly no exception. People “believe” they know what they know about any given topic and they base that on their own perceived “experience.” They continue to validate things from within that knowledge and things continue to be real within that experience. That’s “reality.” That’s what you perceive to be “real,” meaning that your way of perceiving the world will continue to conform to your beliefs about your world, as has been proven time and time again. Energetic currents that exist within all things, whether living or not, this is what you only experience at its most condensed states here in the “physical world” of forms. Therefore, until you remove all filters in self-honesty, you cannot perceive things for what they really are, and semantics and terminology serves as a common stumbling block for the psyche.” –Joshua Free, introduction to Necronomicon Anunnaki Bible.

“As above; so below. As within; so without. As the Universe; so the self. Know Thyself. Heaven and Hell come from within one’s own mind. Life is a mirror – You observe what you reflect. The sciences and technologies shall darken everywhere the hopes of Men. All relationships not in a state of Agreement shall fall. Life experience is subject to belief and belief solidifies, manifests and conditions reality. Self-realization begins with detachment from all things, all systems, all beliefs, all dead memories. You are not your physical body. In a world of depersonalization, You must demonstrate your own self control and determination to regain the freedom of the Self. To be freed from the limitations of the world is to make possible the liberation of self in the individual and fusion with the All.” 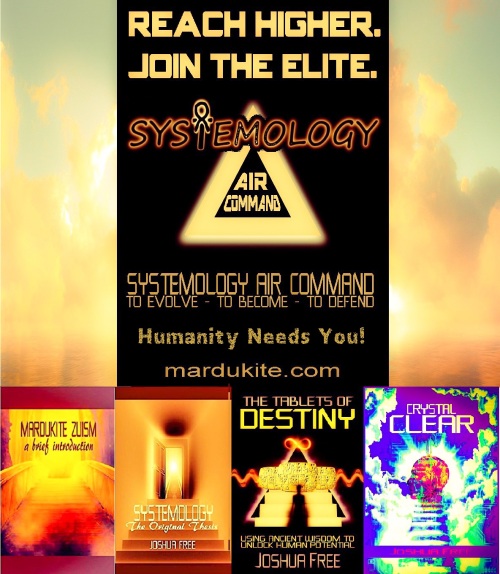 Whenever you affirm: “I am…” and add “something” – this is a form of “enslavement to consciousness.” The true “I-of-Self” is not restricted to any conception of “persona-personality-programming” that you have “experienced” in the surface reality or world. QED: the true “I of you” has never been “thirsty,” never been “angry”. Do you want to prove it? The next time you have this “experience,” observe it from self. The very idea that you can do this proves it is not “real.” If it was from the “I-of-you” it would not be a “thing” to be “observed” by you at all. It would be you! If you can “artificially” create experiences in your mind, what does that tell you? Self is to be found at the core of your being. It is you who is doing the “discovering” or “finding.” It is the self in-and-of self. You are “here in the kNow” and when you remove all “things” you find self. It’s as simple as that. There is nothing to be “out there” looking for at all. Only when you can see yourself from a point of “self-honesty” can you see you, or anything else for that matter, for what is “real.” –Joshua Free, introduction to Necronomicon Anunnaki Bible.

CRYSTAL CLEAR by JOSHUA FREE (available in hardcover and paperback)

One response to “Deep Roots of Modern Mesopotamian Neopaganism; Origins of Mardukite Zuism from 2008 Publications”