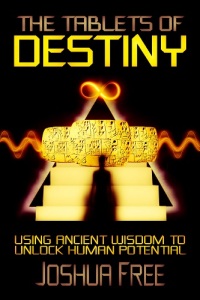 And don’t miss the
Previous Mardukite Blog
on Tablets of Destiny by Joshua Free.

Within these pages, Joshua Free presents the first public esoteric knowledge synthesis of wisdom concerning these legendary relics—a presentation far surpassing the scope of former academic and scholarly research regarding ancient artifacts and their interpretation for modern use.

Released for the first time to the public, outside the underground network of the NexGen Systemological Society (NSS), TABLETS OF DESTINY: USING ANCIENT WISDOM TO UNLOCK HUMAN POTENTIAL by Joshua Free, provides the groundbreaking revolutionary debut installment of “Grade III – Mardukite Systemology” — the previously undisclosed advanced spiritual technology of Mardukite Zuism derived from the most ancient cuneiform tablets on the planet.

“The marked distinction between ‘destiny’ and ‘fate’ eludes many people. In fact, the modern English language provides very little support for separating these concepts in the mind, going so far—or not so far—as to simply use one to define the other. And they are not the same. Several early ‘NexGen Systemology’ knowledge lectures (given by Joshua Free from 2011 through 2013) pertained to etymology—or else, the ‘origins of words and their meaning’—and among these, the most frequently given lecture specifically described an apparent distinction between ‘destiny’ and ‘fate.’“
–Reed Penn, in the Foreword to “Tablets of Destiny”

“We may take these words for granted today, but we are mistaken when using them interchangeably. Even the Sumerians, in their original development of basic vocabulary, displayed a differentiation between the word ‘fate’ (nam) and ‘destiny,’ displayed in Sumerian cuneiform with the combination of the signs: nam (‘fate’) and tar (‘to cut’); or namtar, meaning literally ‘to decree (or ordain) fate.’ And while the more ‘advanced’ language developed, and Akkadian (Babylonian) includes a great many additional words in its vocabulary, we find the two concepts suddenly blurred even then into a single expression: šīmāti (pronounced ‘shye-may-tee’) to denote ‘destiny’ or ‘what is fixed and established.’ In esoteric and mystical instances, it is no wonder that each subsequent culture in Mesopotamia would continue to borrow many former Sumerian terms for their own language, especially as a ‘sacred,’ ‘religious’ or otherwise ‘magical’ language—just as we see in the case of the Assyrians (and others) that continued to perform rituals and speak incantations in former Akkadian and Sumerian tongues. Even today many prefer to practice their most obscure ‘magical rites’ in some foreign Latin or Greek—or Enochian, and so on.”
–Reed Penn, in the Foreword to “Tablets of Destiny”

A true understanding of Cosmic Law—which is our Destiny as beings in Existence—is what ancient cuneiform records allude to as perfect knowledge of Self in the Universe—reflected on TABLETS OF DESTINY—a fundamental once only known to the “gods,” or else, the uppermost echelons of ancient society.

We must understand who we are as this Self—and how we may most effectively operate within the boundaries and freedoms of this Game.

–How can we truly know the nature of our Fate, when we have, at best, a fragmented understanding of why we are even doing what we do?

–How can we effectively direct our reality engineering efforts from Spirit, if we still treat the phenomenon of our Fate from an intellectual viewpoint of mysteriousness?

These are the problems that we are applying solutions to at this Grade, and knowledge tier, called: “Mardukite Systemology.” 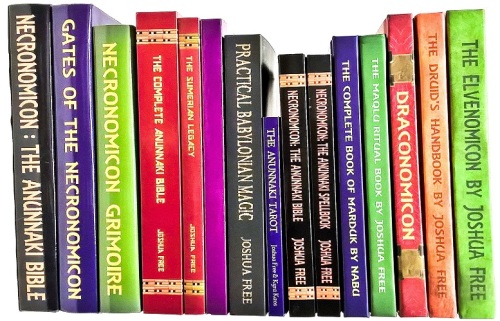