Secrets of the Anunnaki & The Origins of Babylon

RETURN TO THE SOURCE — to traditions and spirito-mystical systems of the Middle East, those born from ancient Sumerians and afterward extended to interpretation by Chaldeo-Babylonians, Akkadians, Assyrians and even Egyptians. The spread of this tradition across Europe led to even more fanciful and colorful realizations of the primary Olympian mythology first realized in ancient Mesopotamia! 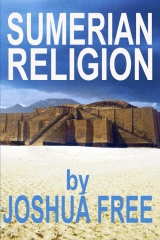 Discover the secrets for yourself in SUMERIAN RELIGION by Joshua Free — The most critically acclaimed and bestselling materials from the Mardukite Research Organization now available in one volume! A master compilation of mythological and religious exploration into the heart of ancient Mesopotamian Mysteries, this easy-to-read post-modern anthology illuminates the ancient world using revolutionary teachings and source materials in a way never before seen… for thousands of years!

The nature, identity and relationship of ancient Mesopotamian Anunnaki “gods” – those of the Sumerians and Babylonians – is very important, not only for understanding the literally ‘Mardukite’ work, but also for possessing a greater ‘wideangle’ vision of life, reality and existence – not to mention understanding your own place and legacy within it.

All of the original and later work of the ‘Mardukites’, all of these other authors and producers and their theories and explanations of things past, present and even future – they are all dependent on a clear and concise basis of understanding and comprehension of the very root element that it all surrounds – the very beings that made all of this history and human development possible. For without this key knowledge, and an objective one-to-one correlation of this knowledge with reality, all of the other research, reading and even the experience of life and reality will be undertaken ‘out of context’ of what is Truth. 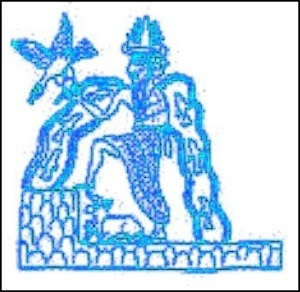 The meaning and innate desire to pursue truth, particularly what has been known as the Secret of the Ages, is no less obvious in the realm of science and academia then it is in the world of the occultist. Those who have been dubbed ‘occultists’ or ‘esotericists’ are not the only ones interested in SUMERIAN RELIGION, nor are they even the original ones. Only the methodologies and intentions differ. And yet again – all is connected.

The recovery of the truth of mankind’s past is paramount to the fate of humanity’s future. Thus, it should could by no surprise that the geographic terrain of its origins has been the victim of unyielding war and suffering for thousands of years – further enshrouding those unveiling efforts with a measure of hesitation and doubt painted by political opinions of the modern Middle East, and for our purposes, what the academicians have called the Ancient Near East. Relative power within the modern world and human society is a ‘fleeting glamour’ and wholly representative; yet, if anything on the planet can be said to represent ineffable true worldly power by the ‘sword’ and ‘shield’ of truth, it is from those objects of ancient knowledge that come to us from this place.

SUMERIAN RELIGION by Joshua Free : Arriving on the surface world from the underground – an amazing insight into the Anunnaki ‘alien gods’ and the establishment of human civilization famously accounted by the Sumerian and Babylonian traditions. Prolific writer, Joshua Free, presents this topic such as the modern world has never before had access to, developed from the revolutionary work conducted by the next generation of Seekers actively using a revival Anunnaki tradition in the present day. SUMERIAN RELIGION is not merely the presentation of dry academic renderings of obscure tablets; this book will take you on a progressive journey that is just as relevant and critical today as it was thousands of years ago! Uncover the mysteries that lay hidden in ancient Sumer, with a message so relevant today, it is no wonder it became the greatest kept secret of Babylon!