WHAT ARE YOU READING NOW?
WHAT WILL YOU BE READING THIS SUMMER?

This summer marks the sixth anniversary of the release of the ARCANUM materials marking the launch of the Mardukite Ministries and its subsequent publishing outlet, the Mardukite Truth Seeker Press. It is equally a celebration of the fifth anniversary of the Mardukite Chamberlains, also known as the Mardukite Research Organization — and subsequently, its founding and most wide-circulated Year-1 core materials as the NECRONOMICON ANUNNAKI BIBLE, now available in its sixth edition exclusively from mardukite.com, which will kick off our 2014 New Release overview, working from the most recent backwards…

NECRONOMICON
THE ANUNNAKI BIBLE
Sixth Edition
edited by Joshua Free
Here is the definitive work in its much anticipated 5th Anniversary revised and expanded 6th edition; the primary source book of the Mardukite Chamberlains Research Organization uncovered from their first active year of research and development in 2009! A mardukite.com exclusive!

BABYLONIAN MAGICK:
A GRIMOIRE
Rites & Rituals of the Mardukites
edited by Joshua Free
A complete anthology masterpiece of ancient Anunnaki traditions being revived for modern use, featuring the entire “Mardukite Magick” Trilogy, including: “The Book of Marduk”, “The Book of Zagmuk” and “The Book of Gates” – amazing revolutionary underground breakthrough classics from the Mardukite Research Organization all in one volume! 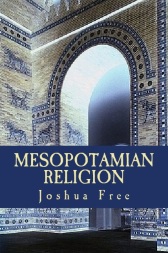 MESOPOTAMIAN RELIGION:
SECRETS OF THE ANUNNAKI
Sumerian Religion I & II
by Joshua Free
A master compilation of mythological and religious exploration into the heart of the ancient Mesopotamian Mysteries, this easy-to-read post-modern anthology illuminates the ancient world using revolutionary teachings and source materials of the modern Mardukite Chamberlains (Mardukite Research Organization) and edited by Joshua Free, the presiding Nabu of the administration since its inception. 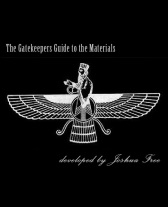 GATEKEEPERS GUIDE TO THE MATERIALS
CHAMBERLAINS CHRONICLES
2008-2013 Mardukite Memoir
edited by Joshua Free
For the first time ever, encompassing over half of a decade of research and development, the Mardukite Truth Seeker Press is proud to present this special premiere printing of: The Gatekeepers Guide to the Materials & Chamberlains Chronicles: A Modern Mardukite Memoir, New Babylon Rising: Guardians of the Gates (2008-2013 NexGen Legacy Scrapbook Edition) edited by Joshua Free with contributions from the Mardukite Chamberlains. A mardukite.com exclusive edition! 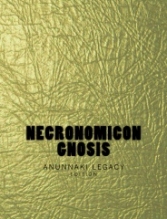