Hidden within the folds of time, space and the magic that holds it all together, there hides a little known, though popularly growing interest, misunderstood – yet powerful – facet of history, the evolution of human traditions and culture and the reality we are bound to everyday: the DRUIDS… 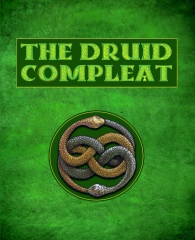 Beyond the simple — though not necessarily inaccurate — stereotypes of white-robed priestly men gathering in stone circles near oak groves, the tradition of the Druids is laden with a much deeper philosophy of living and spiritual mysticism. It is still available to us in such intensity and power and bright colors that we see no equal in cultural histories of the world evolving since ancient Mesopotamia.

THE DRUID COMPLEAT is the most comprehensive course curriculum in the magick, metaphysics and secret wisdom of Druidry, designed for both novice and adept alike by prolific writer and occultist, Joshua Free, who has developed a huge definitive revolutionary literary anthology contribution for the New Age, comparable to his revolutionary “Arcanum” volume and even the “Necronomicon Anunnaki Bible.” Now, come initiate yourself and gain clear understanding of the ‘secret knowledge’ of the Druids unlike anything ever before compiled in print! 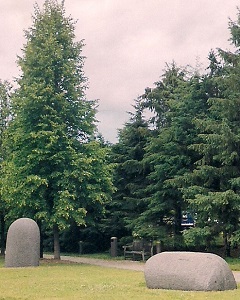 Many issues or challenges face a seeker who is called to pursue a modern study of Druidry. For one, there are very few real resources and published printings that provide truly sufficient foundations or practical applications. There is a significant growth of neodruidic literature appearing on the bookstands, but a significant amount of it is insubstantial after closer inspection and further fragmenting the wholeness of pure Druidry. This provides yet another challenge for the modern Druid in relaying its relevance or ‘reality’ to today’s population.

THE DRUID COMPLEAT is perfect for solitary seekers and working groups. Self-paced instruction provided by a leading member of the underground occult “New Age” community, available without membership and in the privacy of your own home, office or secret chamber. For the first time since its prestigious underground release in 1996, Joshua Free’s “Druid Compleat“ is finally available in this all-in-one NEW economical volume, revised, expanded and reformatted to include the complete text from the author’s personal Druidic trilogy, available separately as “Druidry“, “Draconomicon” and “Book of Elven-Faerie.“

As is greatly needed for our world and our times – and of which has been known to a select few in the world at all times – the beauty of the pure stream of Druidic philosophy and spirituality can be revealed in the most simple language; as it had always been intended to be – and as it was relayed in the forests and woodlands of the ancient world.

The quest for Druidic Wisdom is not restricted to a specific locale – some small island in Western Europe – or even a special lineage or bloodline; though many modern or neodruids believe that they have connections to the path from past lifetimes. Druidism differs in that the accessibility to universal knowledge is found everywhere in Nature and does not require a visit certain buildings to pay homage to gods or to seek authorities to administer truth – for there is no religion higher than Truth and there is no Man greater than Truth – there are no intermediaries, no external channels, nothing to prevent the seeker from embracing the wholeness of Nature and the Secrets of the Universe on their own terms…

…THIS is what the Druid path offers one who would come to know it in self-honesty.