The Mardukite Ministries first appeared on the public scene during the 2008 Summer Solstice, founded by underground author Joshua Free, and the organization immediately began constructing an online “Mardukite” web presence that has changed formats three times since the inception of the Mardukite Chamberlains (Mardukite Research Organization) in Spring 2009 corresponding with the Mardukite Truth Seeker Press, the private publishing house of the Mardukites and NexGen Systemologist Society, that has commissioned thousands of copies of our materials over the course of the past half-decade. 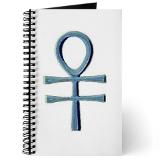 In September 2013, given the absence of our original server, the new “mardukite.com network” is now spread out among several sites that each will reflect a specific aspect to the work of Joshua Free. In the past, our centralized sites hosted all topics. There are currently five affiliate sites (with at least one or two additional ones in formation). Our choosing to use the ‘wordpress’ engine for all of the sites allows the same user account to access and participate in discussions across the entire network!

At one juncture the Mardukite Truth Seeker Press hosted a complete listing of the works by Joshua Free at a centralized bookshop. Efforts are being taken to maintain the Babylon3 Bookshop as a substitute. New titles are consistently appearing in the new format featuring a short description and book cover image (whereas the old format listed titles only and was generally thought to be confusing to newcomers). In addition to the Babylon3 Bookshop, each of the affiliate sites will host a related bookshop page — and what’s more; all of the shopping carts across the network are interconnected! Online Mardukite participation and access has never been easier!

:: Ancient Prophecies, Cuneiform Tablets, Sajaha Predicts Aquarian New Babylon — At the dawn of a new era, a new age — a new “Babylon” — secret knowledge and wisdom of the greatest empire in history, originally guarded and hidden by the most progressive ruler of western civilization — Nebuchadnezzar II — now stands open to all, freshly recovered and translated from the deserts of Middle East — unearthed beyond time and space from ancient Mesopotamia!

:: NexGen Systemology 2.0, Post-Modern Future of Holistic System Theory with Joshua Free — REALITY ENGINEERING (Systemology 2.0) demonstrates a superior knowledge and fundamental Universal Truth about: you, your own life existence and your personal experience of reality!