WHILE it may be true that there is actually zero evidence to support the headlined claim given to attract your attention, classical logic dictates that we cannot rule out the possibility of this scenario either. The Realm of Light that you are wired to experience with sensory faculties is full of statements just like these — though clad in even more unrecognizable forms. New sciences are superimposed on ancient wisdom and all we have managed to accomplish in the “public New Age esoteric” world is a complete catalogue of just about every paradigm of vocabulary that the human mind can fragment and define. 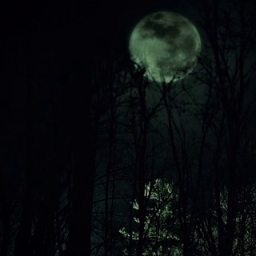 “For Reality to be experienced, it must first be perceived, generally within the parameters, or range of possibility, and processed by some organized method of interpretation, semantics and reasoning, called a paradigm. A paradigm defines the ‘perspective‘ that is possible of being experienced by the observer or Self.”
—REALITY ENGINEERING by Joshua Free

All phenomenon or received energy and perceived stimuli must first be processed by the paradigm (belief system) in order to be understood as an experience. The energy or stimuli is then interacted with based primarily on the paradigm (worldview) and the ‘apparent’ causal relationship observed serves to strengthen or reinforce the belief system. Authoritative or ’empirical’ knowledge based on observation is only perceptible from within a paradigm, using a specific pattern to process as experience.

“The programmed inclination of the mind-of-body is to preserve the existential systems that form the basis of reality and avoid changes to these systems. It is the human condition to change or adapt which is critical for survival within reality systems. The fragmentation of knowledge and the ability to understand or recognize Truth is not only visible in the “realm” or ‘surface world’ shared by the entire human population, but it is also evident in the progression of the ‘Mystery School’ as it evolved in time and space across new regions and languages. These are the same ‘Secret Societies’ that were charged to preserve the wisdom unaltered and undefiled at their inception.”
—AWAKENING by Joshua Free

It it is our ability to ‘understand’; our ability to trust our own minds, senses and ‘intuition’; our ability to escape old-paradigm pattern-thinking (methodology) and perspectives, that will ultimately bring about a true ‘New Age’ or new consciousness for NexGen evolution. Trying to update and improve on a faulty outdated model is simply a waste of available resources and generally leads to over-corrective swings anyway.

REALITY ENGINEERING: SYSTEMOLOGY 2.0
From Self-Mastery to World Leadership
by Joshua Free
THE “WHY” — A Universal System Developer’s Guide to Operating the Human Condition… The powerfully unique presentation of the ‘Systemology of Reality‘, drawing from a 6,000+ year well-spring of ‘Mystery School‘ teachings, philosophy, religion and science, this ‘New’ groundbreaking ‘holistic‘ approach – the ultimate wide-angle view meta-system of understanding beyond (and yet encompassing) all other systems of knowledge and belief. “It’s not a question of what you are seeing but why you are seeing it…”