“The most ancient recorded chronicle of our Cosmic History on Earth—that which includes cosmological information predating even the existence of Life on Earth—is best found on cuneiform120 tablets; and among these, the “Babylonian Epic of Creation” known to scholars as the Enuma Eliš, so named for its opening lines. Unfortunately, even in ancient Babylon, these and other Arcane Tablets functionally assisted those that sought further fragmentation and successive programming of the Human Condition rather than liberating it. This is another pattern that we have seen many times since whenever similarly derived paradigms sought to provide any aid to the spiritual “Rescue Mission” (via “defragmentation of the Human Condition”) presently taking place in the Physical Universe and on Earth… In fact, these efforts have been going on for quite some time—so long, in fact, that it seems as if all the interested parties have already now arrived here.”

[This Mardukite Zuism (and Systemology) blog post is officially excerpted from the new Grade-IV (Wizard Level 0), Mardukite Systemology Liber-3C installment titled: “Now You Know! The Truth About Universes & How You Got Stuck in One” by Joshua Free with contributions and foreword by David Zibert.]

In previous Grade-III instruction, particularly “The Tablets of Destiny: Using Ancient Wisdom to Unlock Human Potential,” a basic systemological interpretation of themes and events for the Enuma Eliš are provided to base descriptions and illustrate the Standard Model of Systemology (and Mardukite Zuism). This is of significant benefit to a Mardukite Seeker continuing from the Grade-II “Mardukite Core.”

At the completion of Grade-III Mardukite Systemology–which includes all materials found in the Master Edition hardcover collected works anthology “The Systemology Handbook” including “The Tablets of Destiny” and “Crystal Clear” by Joshua Free–a Seeker is expected to have mostly “flattened the waves” that collapsed around even those considerations fixed to the ancient Mesopotamian semantics from which our Systemology is originally drawn. It may be very accurately stated that our applied Systemology is a further development of what was discovered in our revival of “Mardukite Zuism.” It directly prompted the discovery of an applied spiritual technology for the 21st Century AD that is clearly present during the 21st Century BC; from the time of the “Age of Aries” (c. 2160 B.C.) and the official Mardukite Babylonian systematization that has carried through to today.

“NOW YOU KNOW!” BY JOSHUA FREE

Does this mean we are, in any way, rejecting the historical premise on which we first drew our knowledge? …certainly not. But, let us just say that it took thousands of years to uncover (or recover, depending on your perspective) and translate the cuneiform source of global cosmologies, mythologies and creation myths from ancient Babylon—the Enuma Eliš—and in more than a century since its widespread academic circulation in the late 1800’s, it has still taken until now to develop any workable cohesion of its information for any effective spiritual ideal or application other than exploration of its cultural mythology as a series of esoteric symbols and traditions. This is very much akin to the understanding and knowledge that hovers around that first level or “Gate” of realizations; which we have markedly explored within parameters of the Grade-I Route of Magic & Mysticism with an intention that a Seeker will “flatten” the programming that keeps them suspended as the “effect” of that level of understanding.

During personal investigations into evolutions of Western mysticism, which led to the formal 2008 launch of Mardukite Ministries (Mardukite Zuism), one key avenue from Grade-I served as a greater platform then any other for an early precursor to our NexGen Systemology, notably referred to as “Druidism.” This information is explored directly in our material for the Grade-I Route of Druidism & The Dragon Legacy. It is actually on this very foundation, and explorations into the origins of ancient Druidism, that led the present author to decide upon Mesopotamia (and specifically Babylon) as a “public” emphasis for further esoteric developments—which were continued underground, by the Mardukite Chamberlains (Mardukite Research Organization), from 2009 until 2012, when the Grade-II “Mardukite Core” reached its completion; and the second “Gate” dislodged.

[For more information on materials composing the Mardukite Master Grades (Grades I, II and III), refer to the current Arcanum 2020 Review available in print or pdf HERE.]

For the next eight years, “Mardukite Systemology” developed quietly in the underground as a futurist or “NexGen” movement dedicated to achieving the “next step” on this Pathway—one that would inevitably up and out of the “systems” that had been laid out to entrap the occupation and ensnare the attentions, willpower and spiritual energy of the true “Self” to this beta-existence. How then might we use the best of what we had found effective and workable to return the individual Seeker toward the direction that they truly occupy as an “Alpha” condition in a higher spiritual plane? This was no simple task; requiring eight dedicated years to underground research and experimentation before reaching the state of perfection now delivered by Joshua Free as SYSTEMOLOGY since August 2019. 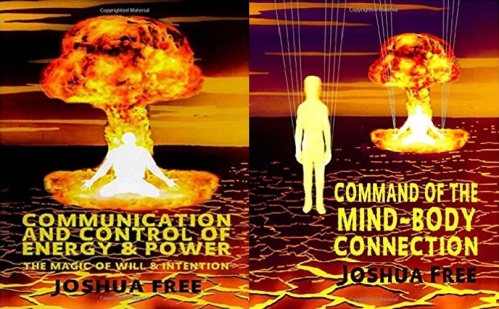 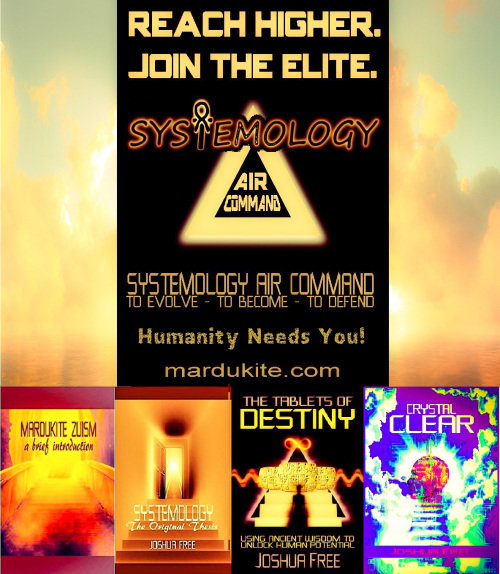 BUY AND READ “NOW YOU KNOW!” BY JOSHUA FREE